My four year old and me were having a casual conversation about his school one evening. He becomes very excited and animated whenever he talks about his school and his friends. He kept on talking about what he did, what toys he played, what he painted and other things that he did with his friends. Then he said, “Mamma, D is not my best friend now.”

“No, nobody in school is my best friend.” He told me looking very sad.

“So, who is your best friend then?” I enquired.

He pouted at me, thought a lot and suddenly his face was lit with joy when he said, “It’s Peppa and Sam! They are my best friends.”

Of course I knew who Peppa and Sam were, but to know about his fondness for them to the extent that he considered them as his best friends was shocking for me. But in a good way.

He is not fond of watching TV per se, but I allow him 30 to 45 minutes of screen time on my phone where he watches whatever he wants on you tube. Earlier, he used to watch all sorts of nursery rhymes and ‘Ryan’s toy reviews’. He would sometimes imitate what Ryan would do with his toys in the video. But lately, he is become very fond of Peppa pig and Sam, the fireman.

He watches Peppa’s adventures with so much interest, it is quite fascinating to see him like that. In fact, he introduced me to peppa pig and her family. I wasn’t aware about such a character myself. Similarly with Sam, the fireman. He watches Sam as he goes off in his fire brigade with his colleagues helping all those people in trouble in the town of Pontypandy.

Some days, when he is very engrossed in playing with his toys, I just observe him. He role plays the characters he loves. He calls himself Peppa and his little brother George. And then he imitates them. Drives his toy fire brigade and pretends he is Sam, and goes to save Norman Price with Penny and Elvis! Sometimes, he makes a garden with his lego blocks and plays with George and Rebecca rabbit! It is truly fascinating to watch him like that. The way he talks to himself, pretending to be the characters himself; it’s truly amazing. But the moment he catches me watching him, he abandons everything, starts laughing and runs out of the room!

I really enjoy watching him play with his ‘best friends’ or rather imitate them and I have learnt to be discreet while he is at ‘work’.

Yesterday, as he was going to school, he told me, “Bye bye Mommy pig.. see you later..”

After thinking for a while, we came up with a solution. “Dear, let’s name you ‘Peppo’. So now, you are peppo pig and we are all your family members!” I told him.

He was so happy with his ‘new name’ that he literally went skipping to school!

He really has a wonderful time playing and imitating his best friends. Do your kids enjoy their play time with their best friends? Who are their favourite cartoon characters? Do let me know in the comments section below!

A daughter, a wife, a mother and a doctor; trying to fulfill all these responsibilities to my best! Writing has always been my passion and now finally I have enough motivation and encouragement to get going in pursuing it. I am also a regular blogger on momspresso .com, which is a parenting and relationships' website. Writing is a liberating and cathartic experience for me. A voracious reader, an optimist and a dreamer are the qualities that describe me the best! I have started this website to reach a larger audience all over the world. Hope you all enjoy reading my posts!! View All Posts

One thought on “My son’s best friends” 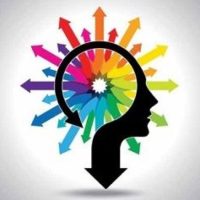 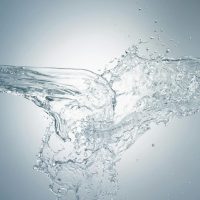